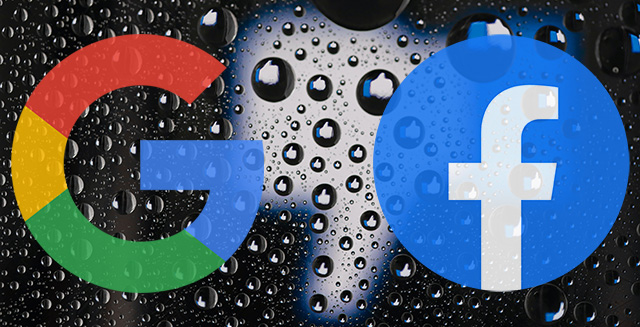 Yesterday, as everyone knows, Facebook was offline for several hours, leading to huge financial loss for the company and its partners and a lot of disruption in your day-to-day lives when it comes to using WhatsApp, Facebook or Instagram to communicate. But how did the outage impact Facebook in Google Search – how does Google Search handle such a big website outage for ranking, indexing and crawling?

Google’s John Mueller described how Google Search typically deals with site outages on Twitter – the short answer is that a 6 hour outage won’t really impact the overall’s site ranking in the long term. In fact, it takes a couple of days for an outage to result in Google dropping pages from its index due to the pages not being accessible. Google knows sites have outages and gives sites, large and small, time to deal with it.

(1) When Google can’t reach a site for network or DNS reasons, Google see it like a 5xx HTTP server error. Google actually has a help document describing what it does with network errors. It reads:

Network and DNS errors have quick, negative effects on a URL’s presence in Google Search. Googlebot treats network timeouts, connection reset, and DNS errors similarly to 5xx server errors. In case of network errors, crawling immediately starts slowing down, as a network error is a sign that the server may not be able to handle the serving load. Already indexed URLs that are unreachable will be removed from Google’s index within days. Search Console may generate errors for each respective error.

(2) The URLs remain indexed as they are, the site continues to rank as it used to. So no changes happen in the short term, Google said. But John said “this is a temporary state though.”

(3) “If we becomes a persistant error (if it lasts more than 1-2 days), we will start dropping those URLs from indexing,” John explained. So it takes a couple of days for the outage to result in pages being removed from the Google Search index.

(4) Again, Google said “there is no direct ranking change when this happens.” John explained that Google does not “see the site as being low-quality or similar.” However “if those URLs aren’t indexed, they can’t rank either,” John said, so it might feel like your site is being treated poorly.

(5) When the site comes back, if Google haas dropped URLs from the Google index, those URLs will “generally pop back in” once Google Search can successfully crawl them again, John explained.

(6) Google and Googlebot crawling will also speed up again when Google detects the server can handle the load.

So that is how Google deals with an outage like Facebook had and how Facebook, at least today, won’t see any Google ranking decline or impact from its several hour outage yesterday.

Here are John’s tweets with these details:

If you’re curious about what happens in Google Search with an outage like Facebook recently had, it’s generally a 2-part reaction: when we can’t reach a site for network / DNS reasons, we see it like a 5xx HTTP server error. This means we reduce crawling: https://t.co/V7CjrVq3yJ

There’s no direct ranking change when this happens – we don’t see the site as being low-quality or similar, but if those URLs aren’t indexed, they can’t rank either.

If you need to take your site down for maintenance or for other reasons, https://t.co/uddzHNZwPB has the most common options (tl;dr: serving a 503 HTTP error is ideal for short outages).